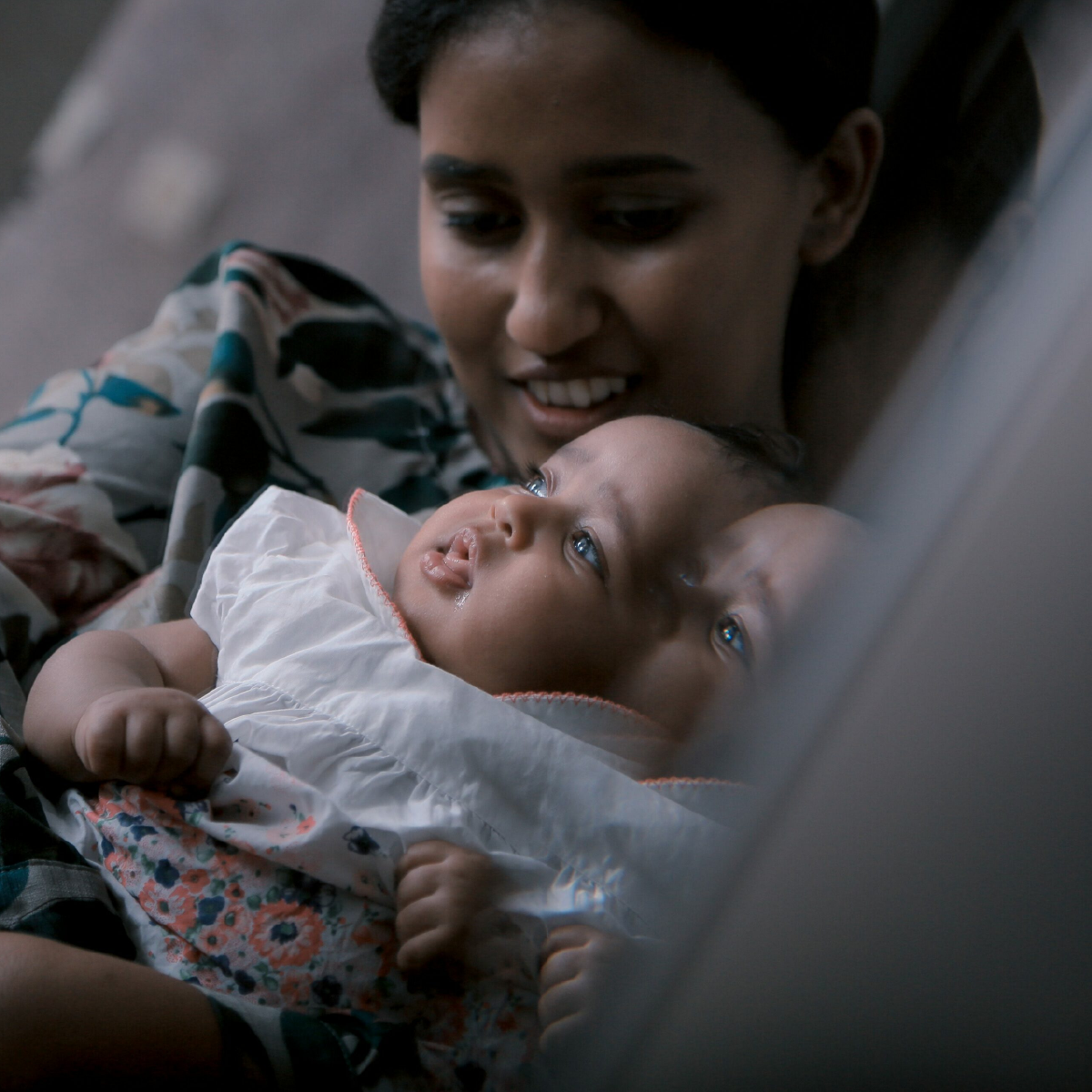 To say Farrah was in a difficult position would be an understatement. Having recently immigrated to the U.S. from Jordan, she had virtually no support system in place, a fact that her violent husband used to his advantage. When she learned she was pregnant, she knew she had to make the very hard decision to escape the abuse and start over.

Farrah visibly trembled at her first several appointments at Care Net. Our staff were able to equip her with important resources including prenatal insurance and moral support as she moved out of her home and into a shelter.

“Care Net gave me a safe place to cry,” she recalls. “I had nowhere else to express my feelings without fear. In my country, it’s very important for women to give birth to sons, so learning I was pregnant with a daughter was extra confirmation that this baby deserved better than the life I had known.”

Farrah became a model client, faithfully attending every parenting class we offered, earning Care Net cash to spend in our boutiques on necessary items for her daughter. To her, this experience represented a newfound understanding that she was both strong enough and capable enough to survive this trial and provide a better life for her baby.

“The women at Care Net helped me realize that I could be strong and that I didn’t have to fear. They gave me courage to do what I knew was right and to stop accepting abuse. I’m so grateful for this group of women.”