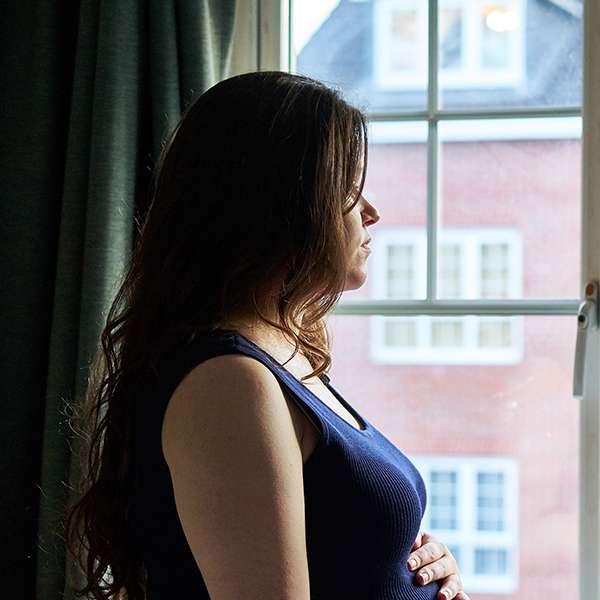 “Chiara” walked into the center pregnant, defeated, and overwhelmed. Due to a recent move from her home country to the states, she was struggling with a lack of community and support. She didn’t know many people in America, and her boyfriend had just broken up with her, insisting she move out. She was devastated.

Chiara was also incredibly stressed about finances. She had gone to a hospital for an ultrasound and didn’t realize her insurance had expired. The hospital was calling and sending her bills she could not afford. Chiara wanted to raise her baby, but she didn’t know how she would afford medical care or where she would live.

Chiara didn’t believe she could ask family back home for support because, in her culture, it was incredibly shameful to have an unplanned pregnancy. This situation was especially shameful because her boyfriend now had a new girlfriend and didn’t want her or the baby.

The advocate listened with compassion and gave her resources and referrals to help get housing and medical insurance. God provided perfectly for Chiara. The medical insurance would cover as far back as three months and pay her outstanding bills! Overwhelmed with relief, Chiara broke into tears, thanking the team over and over for listening to her and not judging her.

When asked about her spiritual beliefs, Chiara stated she was a Christian but had not been following God for a long time. She welcomed prayer, a Bible and a devotional. Anxious to provide for her little one, Chiara started parenting classes right away and visited a local church the following Sunday to begin restoring her relationship with Christ and building a community. Chiara is the perfect example of how we can’t solve all our client’s problems, but we can be there to love every client in word and deed to the glory of God.

Often, we assume sharing the gospel means leading someone to salvation. But that’s not always the case. Sometimes sharing Jesus means simply participating in God’s plan to love and lead a stray sheep back to the fold.